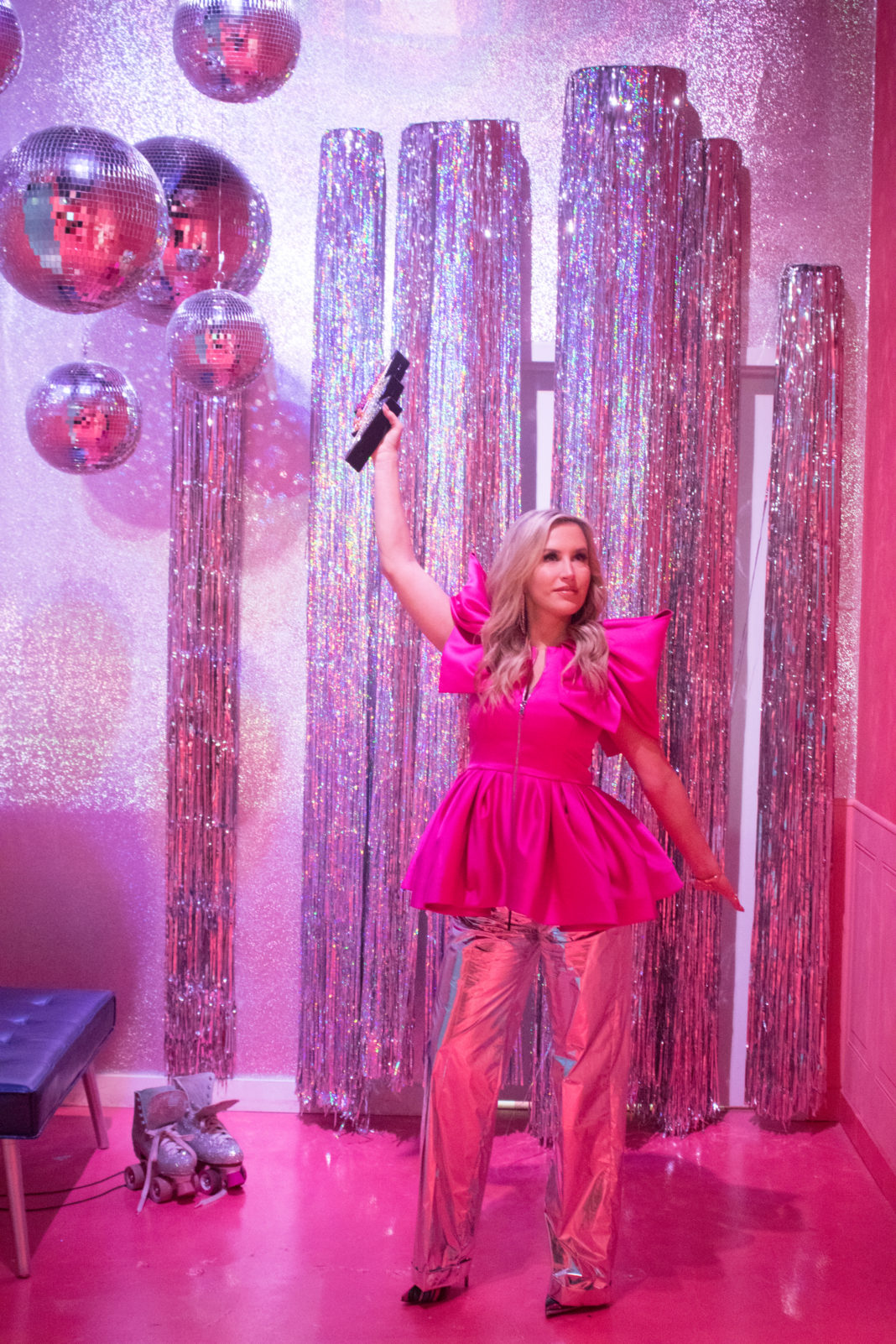 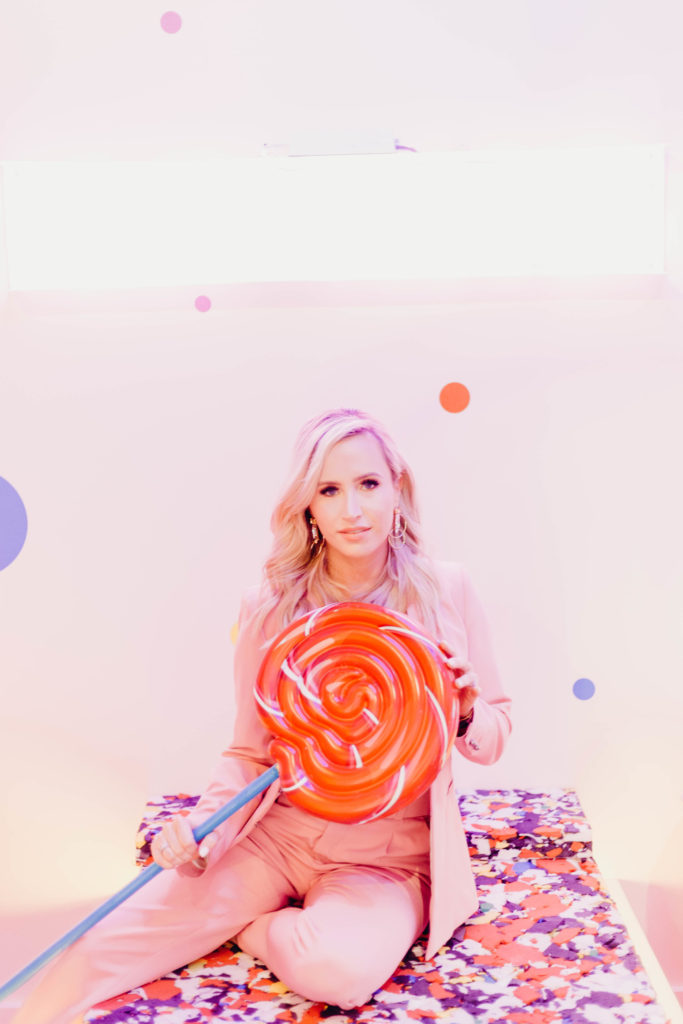 The Sweet Tooth Hotel first opened in May 2018, and was dubbed Dallas first “Instagram museum”. This nickname was well deserved, but what I loved about it was that there was so much more to it than that. Cole and Jencey Keeton’s concept opened with larger than life sugar themed installations by local artists. Yes, the space quickly became known as a selfie hot spot, but the five rooms were fun, interactive, and they made art feel whimsical and accessible. Even if people were drawn to it for “the ‘gram” they were interacting with the work of local artists while they were there. The five rooms featured work from Built By Bender, Jeremy Biggers, Shamsy Roomiani, Jojo Chuang, Rob Wilson, and Chelsea Delzell. 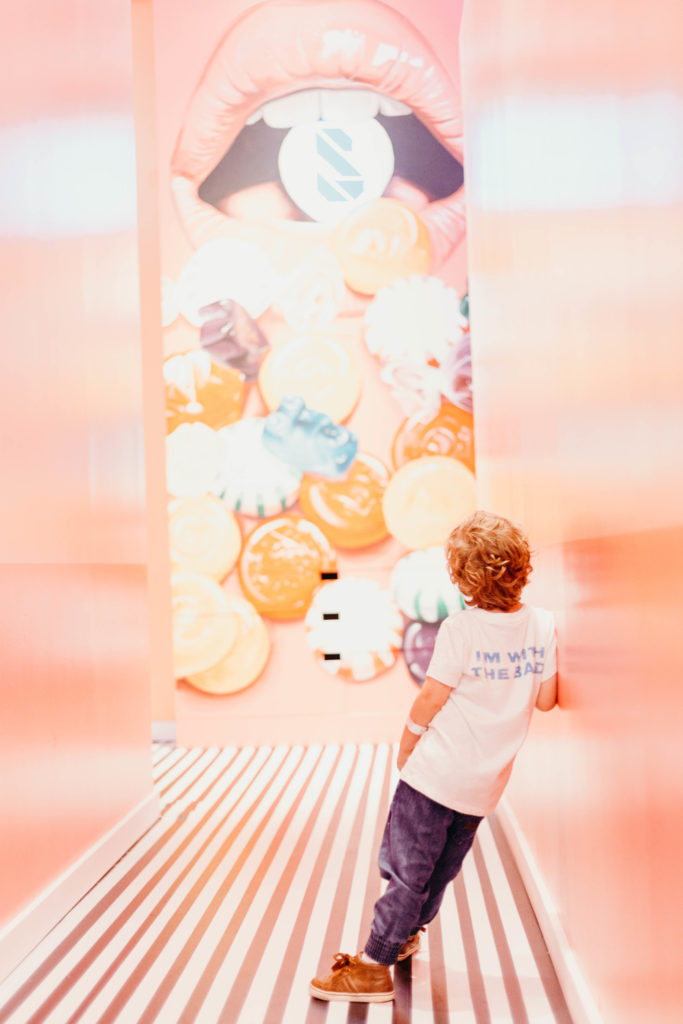 Of course, a space like that gets overtaken by influencers and bloggers (myself included) but it was also fun for the whole family. My boys and I had a blast going there. Eventually they closed and underwent renovations to reopen as “1955”.

“1955” was Sweet Tooth Hotel’s second group of pop up installations. It tied together retro elements, space age feels, and of course local artists once again. Cole and Jencey Keeton’s second chapter of The Sweet Tooth Hotel was pretty psychedelic, and I think because everyone knew that they would make it incredible, the build up was even more intense than it was for their grand opening. “1955” also featured five interactive spaces that were brought to life by Built By Bender, Jeremy Biggers, Shamsy Roomiani, Jojo Chuang, Hatziel Flores and Drigo. 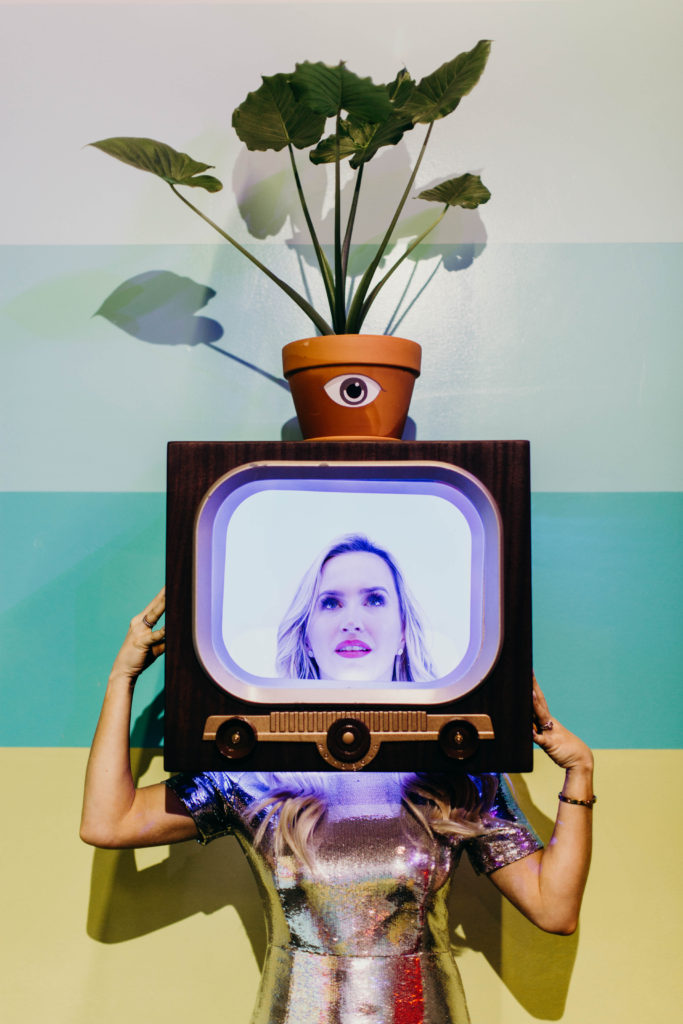 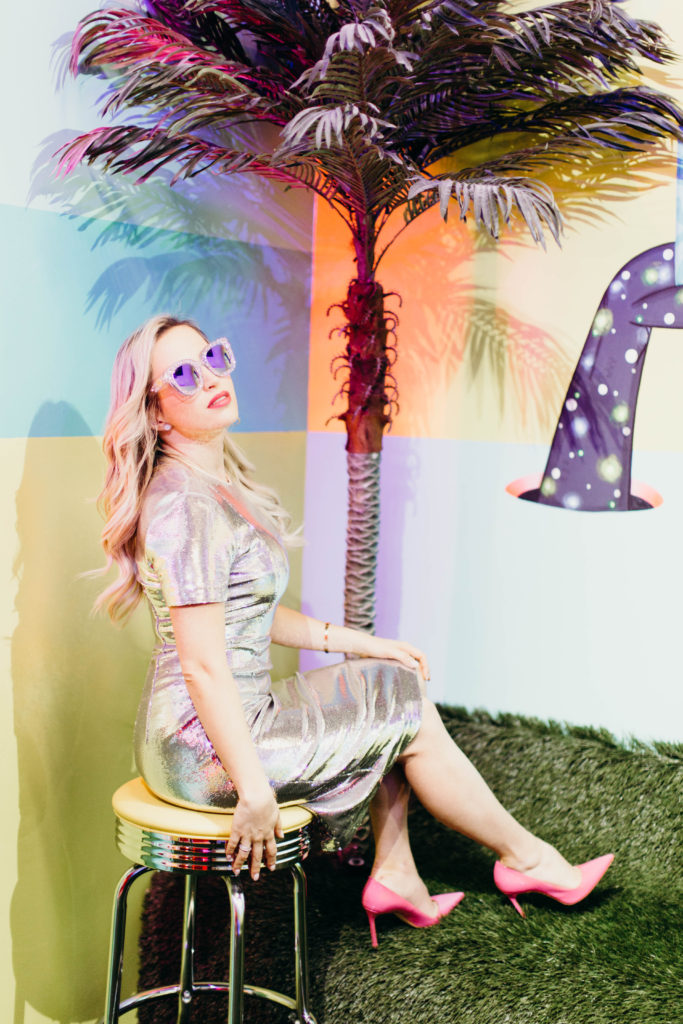 I loved the feel of “1955”, it felt like you were simultaneously transported back in time, but also to the future. Although it was a more open feel than the previous installation, each space had it’s own artist featured and each artist used one primary hue for their work so each area felt unique and different. 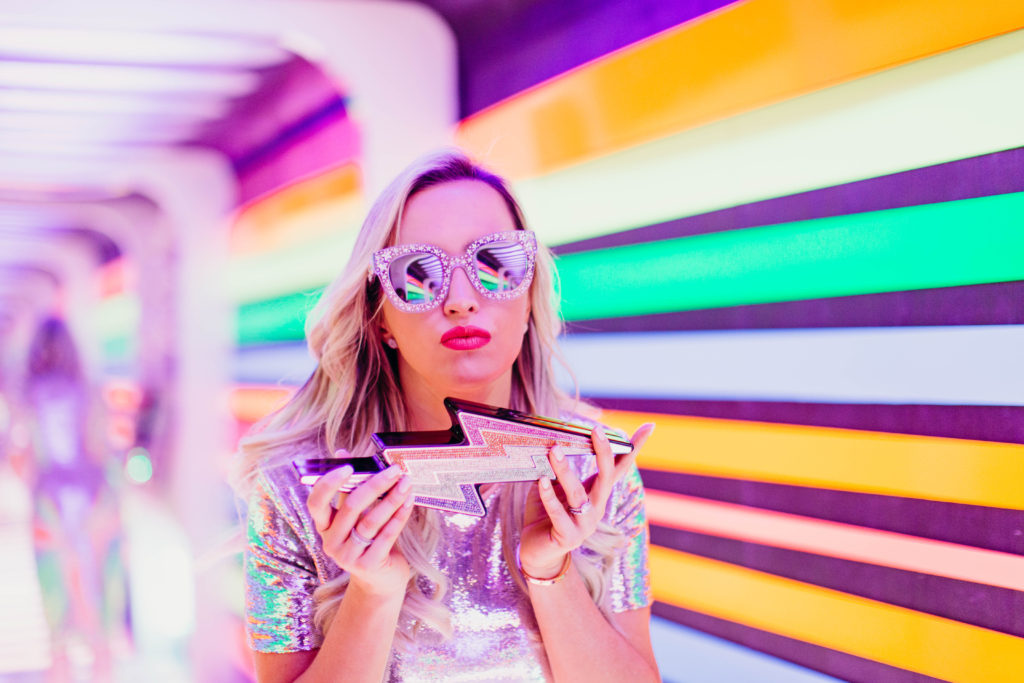 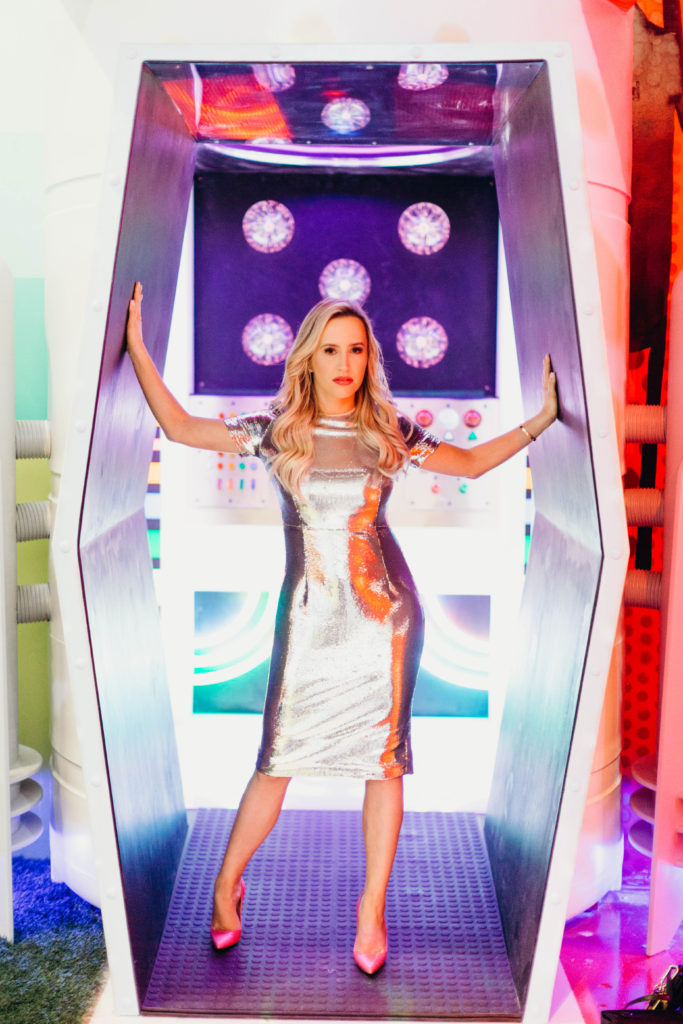 The most recent incarnation of  The Sweet Tooth Hotel is entitled “Discotheque” and it brought in Px.Lab to add more large scale media productions, music, and audio-visual installations. Having more media elements and AV features made this instillation stand out, but it still felt art focused, and fun. It is larger, which will only draw in more people looking for the perfect selfie, but I also hope it brings in people looking for more that just something that will look good on their Instagram feed.

(Disco Hallway by A Little Party Co, Photo by Will von Bolton)

I love that “Discotheque” is completely immersive, and you feel as if you are entering another world. Every detail is considered, colorful, and fun. This installation features work by local artists Jeremy Biggers, Regular Projects, A Little Party Co, Tramiane Townsend, Shamsy Roomiani, PX.Lab, Jencey Keeton, House of Noel, Duck Lights and Cole Keeton. There were also fun businesses involved like Poo Pouri, and Steve’s Ice Cream that got involved with the fun. 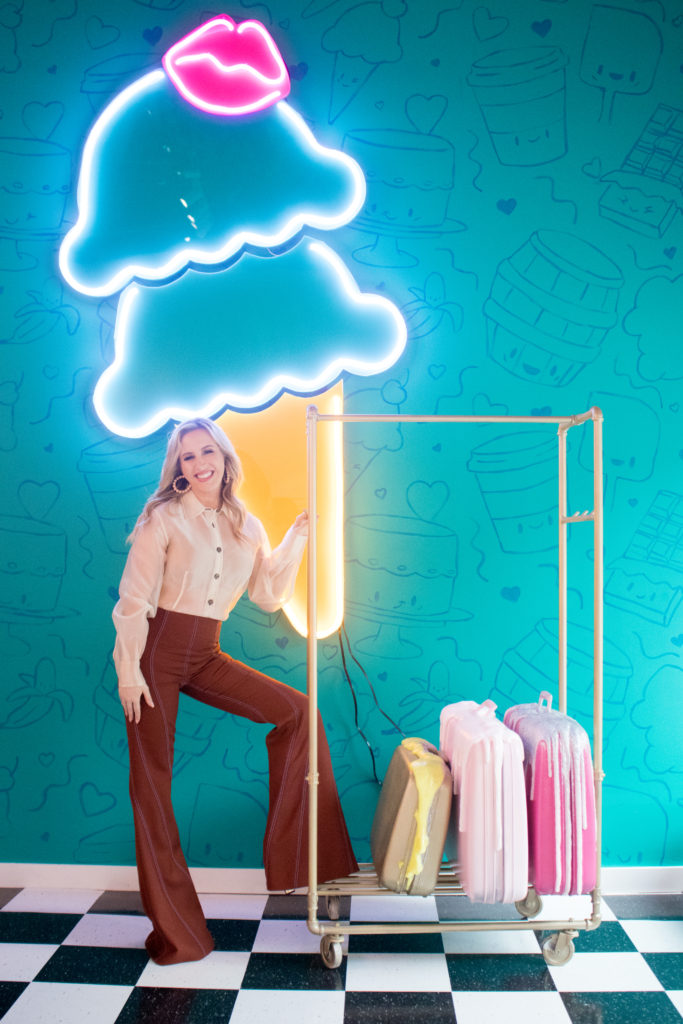 (The Lobby by Jeremy Biggers and Steve’s Ice Cream, photo by Will von Bolton)

(Joyride by Px.Lab, Jencey Keeton, and Houz of Noel, photo by Will von Bolton)

(Disco Restroom by Poo-Pourri photo by Will von Bolton)

There are so many more fun spaces and instillations to see at the new Sweet Tooth Hotel (I don’t want to spoil all of the fun!), so make sure to grab your tickets and head there for one of their fun events, or for a fun day out with the family.